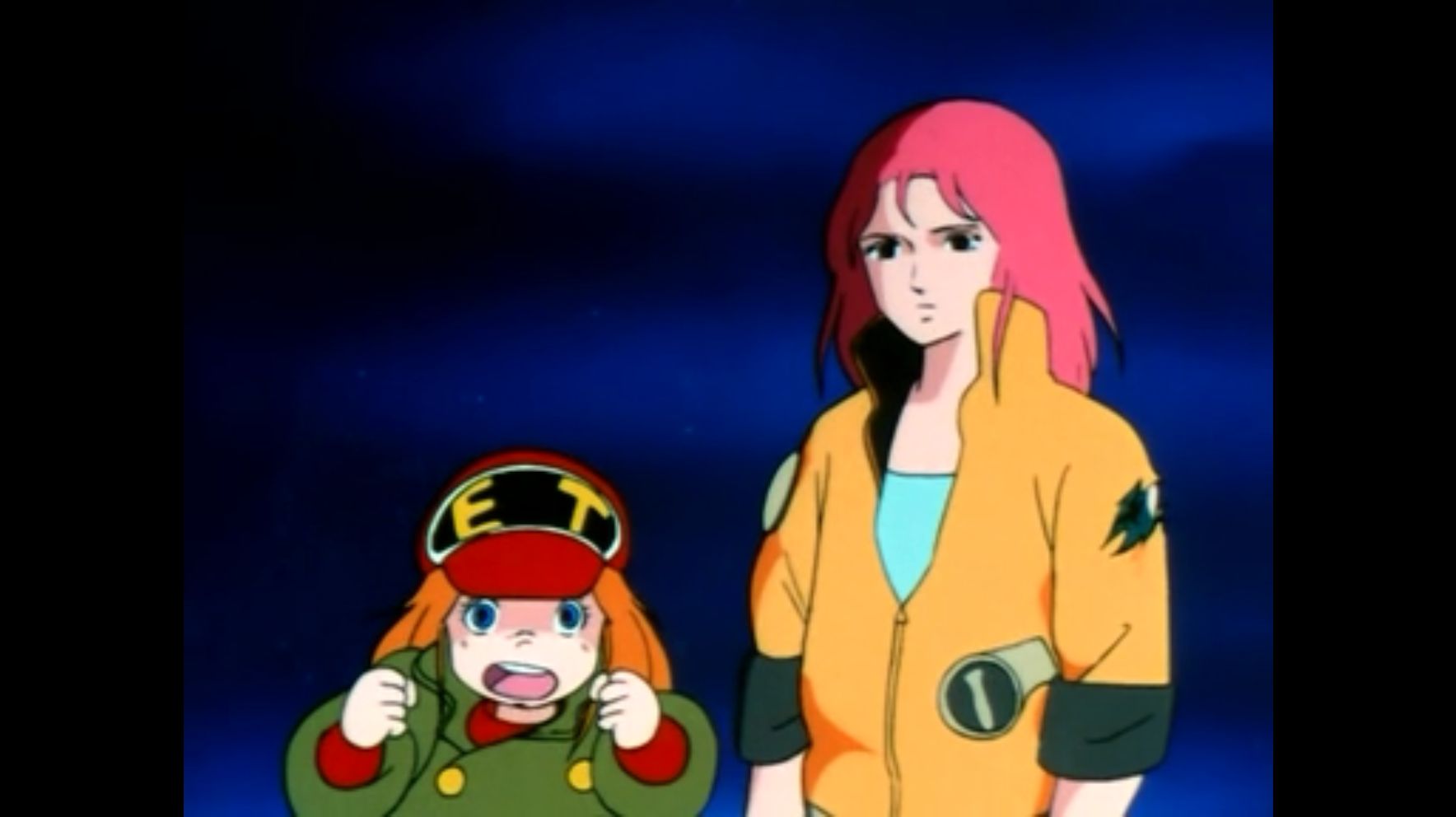 How Marlene’s outing as an alien demonstrates you should get regular blood tests.

If there was one thing as a kid that gave me hopes that there would be spaceships aplenty after the year 2000, it was Robotech. While watching it the first time around in the mid 1980s, I realised that if things panned out the way they did in the series, I would be 19 when a massive alien spaceship crashes on Macross Island in the South Pacific in 1999 and therefore would be the perfect age to be a space cadet in the Robotech Defense Force. By 2009, when the SDF-1 is supposed to have been launched and the Zentradi fleet arrives to wage an interstellar war, I figured that as a 29 year old I would be a relatively experienced pilot and would therefore not to be killed outright in the first shots like a gumby.

Alas, it was not to be. Raised on promises of spaceships, all of human technical ingenuity was diverted into smart phones.

Perhaps it wasn’t such a bad thing that things didn’t pan out the way they did in Robotech.

One of the outcomes of the final stages of the First Robotech War with the Zentradi was the devastation of 95% of the Earth’s surface and the death of everyone on earth except for about 70,000 survivors. Although we did come to a bit of a reconciliation with a lot of Zentradi refugees to boost the numbers (which perhaps explains the explosion of blue and green hair later on), everyone must have had 12 kids that rapidly grew to adulthood to repopulate much of the planet relatively quickly, until half of the survivors left Earth on a grand escapade across the galaxy with Admiral Rick Hunter. While they are gone, another round of alien invaders called the Robotech Masters show up and there is another round of fighting in the Second Robotech War where yet another generation of humanity is slaughtered. When that war ends, the Invid arrive and we have round three of the alien invasions in the Third Robotech War, only this time they win and occupy the place. After 13 years of occupation, Admiral Rick Hunter finally comes back with a very extravagant hairdo and a re-invasion fleet made up from all those humans that left a two wars ago.

During the occupation the Invid turned many of the humans left on earth into slaves to grow flowers (for real), but humanity on Earth had gone pretty post-apocalyptic by then anyways so many of the survivors were thugs, or pop singers who just want to dance (for real).

It took a FIVE attempts for humanity to retake earth from the Invid – the first four were spectacularly unsuccessful, but did result in a lot of random fighter pilots crashing to Earth over the years who would come in handy as a plot device later on.

One of the crash-landed pilots is Scott Bernard, who has a terrible haircut and is often a bit of a douche, but that doesn’t stop him from forming his own Scooby Gang of freedom fighters who are thankfully far more interesting and entertaining than he is. Seriously – he might be the “leader” of this Scooby Gang, but Rand, Rook, Lunk, Lancer (aka Yellow Dancer) and even freak show Annie were actually kinda cool, whereas Scott was just a condescending prick most of the time.

Annie’s got a gun

One of the reasons why Scott is a bit of a downer is that Marlene, his girlfriend/future wife, was recently killed in the failed invasion he also took part in . She was unlucky enough to be on one of the many poorly designed spaceships that exploded on re-entry – apparently humans are really bad engineers in the future.

In any case, Scott is feeling kinda down. So when he comes across a vulnerable babbling naked girl hiding in an abandoned house with no memories of who she is, he decides to call her Marlene after his dead girlfriend, and fall in love with her. Not that there is anything creepy about that…

All this time, the Invid have been doing what all aliens just love to do with humans – medical experiments. It turns out the Invid are actually only moderately bad – they are actually galactic wimps who have been pushed around by all the other aliens and were just looking for a new place to live. They didn’t realise Earth was already inhabited when they arrived, but noticed we were rather resilient so they decided to try and make a tougher version of themselves by creating human/Invid hybrid, of which Marlene was the prototype. Subsequent updated versions came with clothes, more exotic hair colours and a stronger desire to shoot at things.

Unfortunately for Marlene, she doesn’t know any of this at first – since she looks human on the outside, she just assumes she is suffering from amnesia. When more of these hybrids start popping up with clothes and guns and start shooting at things, Scott the douche and his merry companions realise that you can tell the hybrids apart by the single piece jumpsuits they like to wear, and the smelly dark green blood they all have. Almost immediately upon making this discovery, Marlene goes and gets herself a nasty gash on her arm and low and behold, she’s got green blood. It’s all very awkward for everyone, particularly Marlene who runs away crying glowing tears. At least the moment wasn’t captured on video – which was actually a legitimate concern given this episode also had a character from the Military Paparazzi in it , but she was just killed. 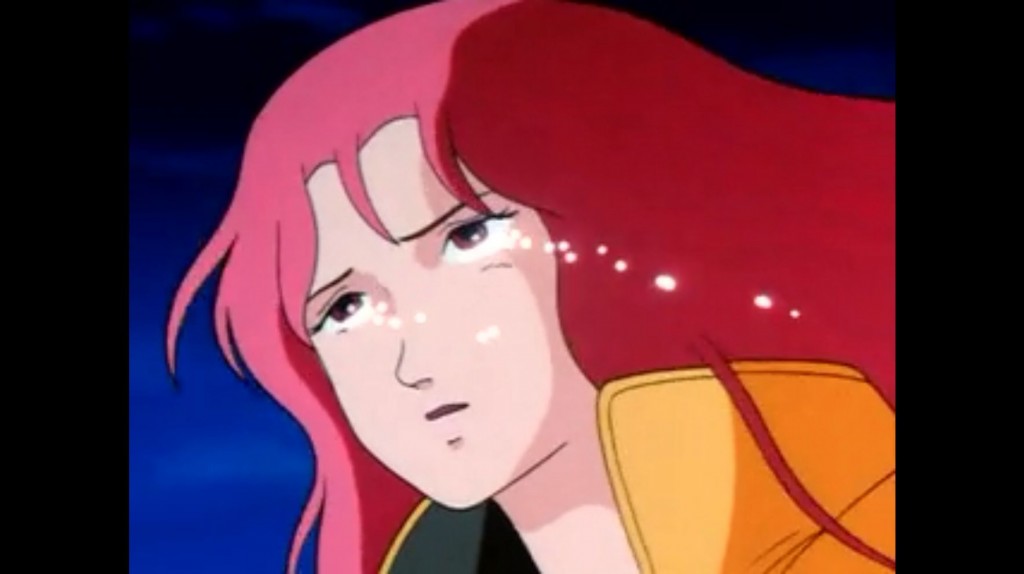 Marlene’s tears glow when she runs

All this social awkwardness could have been avoided had Marlene gone to her local GP for a simple blood test where she could have been informed of her half-alien status in a more discrete environment. She also could have discussed her alien hybrid health options with her doctor, and perhaps reassessed her life choices such as hooking up with a douche like Scott Bernard.

If you go to your GP for a blood test and it comes out green, it doesn’t necessarily mean you are an alien hybrid. Although it’s quite rare, there is a condition called sulfhemoglobinemia in which the excess production of sulfhemoglobin in the blood turns it a dark greenish colour.

Sulfhemoglobinemia is usually drug-induced and can arise due to an overdose on certain prescription medications, though there have been cases as a result of accidental exposure to toxins such as paint and cleaning fluid.

In one case in 2007, a 42 year old man was admitted for falling asleep in a kneeling position that resulted in a build-up of pressure in his legs. When they went to draw some blood prior to surgery, it came out green – it turns out that he had been taking a little too many sumatriptan pills, which is a drug used to treat migraines.

There are no known treatments for sulfhemoglobinemia, though in extreme cases you might get a blood transfusion. In the case of the man overdosing on the migraine pills, his cleared up again within 5 weeks of just easing back on the medications. A little more concerning for him though – he never would have known he had green blood in the first place had it not for accidentally falling asleep while kneeling.

If you know your Simpsons, you’d know that Iron Helps Us Play, and a shortage of iron in your blood isn’t that great as it can lead to iron deficiency anaemia. The common symptoms of iron deficiency are fatigue, felling lightheaded, and/or a pale complexion that a goth would be envious of.

You can get iron deficiency anaemia from a poor diet, or due to a malabsorption condition like celiac disease, or inflammatory bowel disease. However the most common cause of iron deficiency anaemia is either due to parasites (in the developing world) or pregnancy (in the developed world). Which is not to say that all unborn babies are parasites, it’s just that both parasites and babies tend to extract a lot of resources from their host.

Anemia is usually only detected when routine blood tests are taken for another condition because it develops slowly over time and the symptoms are not as noticeable. Although you’d notice sooner or later if you are pregnant, the other causes of anaemia such as celiacs, inflammatory bowel disease, and parasites, can also go undetected for years. All of which is all the more reason to get regular blood tests.

It’s OK if your blood results come back part alien

Sulfhemoglobinemia and iron deficiency anaemia are just the tip of the iceberg in terms of things you can be screened for. You also don’t need to be “old” in order to get a regular blood test – even if your results give you a clean bill of health, they will provide you with a base line measurement of what your “normal” blood results should look which will make it a lot easier to detect any unusual changes.

In the case of Marlene, finding out she was part Invid was actually the best thing that happened to her since she also suddenly gained the ability to turn herself into a beam of energy and teleport to just about wherever she damn well liked. Teleportation is the kind of skill that would have come in really handy earlier on in the series for Marlene as traveled across a post-apocalyptic world in which there are few roads and limited fuel supplies. Instead of screaming her head off whenever things got difficult, she could have been stealing fuel cells or scouting ahead to ensure they didn’t keep getting ambushed by just about everyone they came across.

By far the best outcome for green-blooded Marlene is she gets a name change to Ariel and stops being the damsel in distress – she even gets to have opinions and take initiative for a change. Unfortunately she’s still hooked up with Scott Bernard the douche, but when you can turn yourself into a beam of energy and transport yourself to anywhere you like it’s only a matter of time before you realise you can have higher standards – all it takes is a blood test. 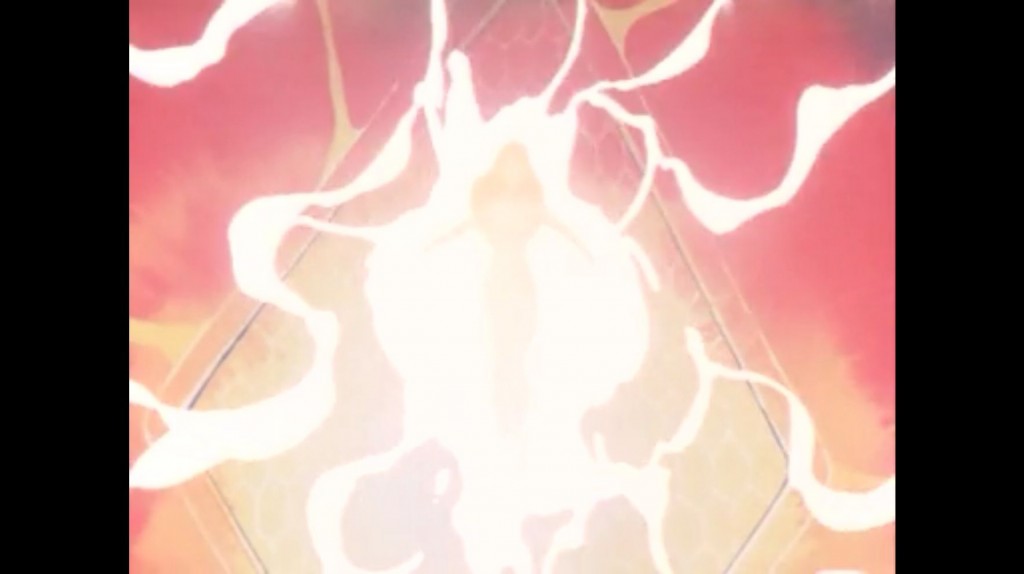 Aliens experimenting on humans again Annie Annie's got a gun Ariel/Marlene Celiacs Damsel in distress Green Blood Inflammatory Bowel Disease. Invid Iron helps us play! It’s all fun and games till 95% of the Earth is devastated It’s all fun and games till someone falls in love with an alien with an identity crisis Lancer Lunk Marlene Parasites Pregnancy Rand Rick Hunter Robotech Rook Scooby Gang Scott Bernard Scott Bernard is a douche Sulfhemoglobinemia Sumatriptan The Simpsons Things That Are Green Yellow Dancer Zentradi