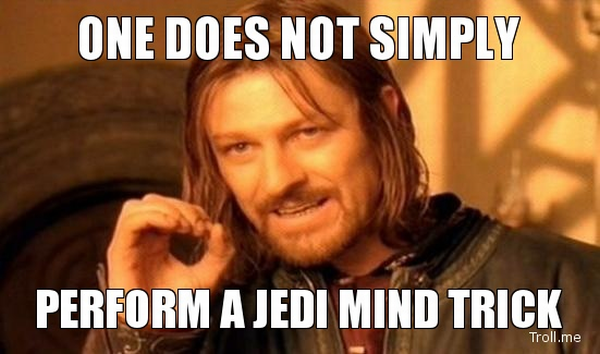 First of all I’m going to be upfront and admit that I didn’t set myself this challenge for any other reason than to save money. But if you are looking for a legitimate humanitarian reason to commit to this challenge then read to the end of this post.

I will not buy ANYTHING on a Tuesday.

No credit cards, no debit cards, no cheques (lol, as if anyone outside the USA uses cheques…), no direct debits or electronic transfers, no money shall leave my wallet and be given to anyone or anything else for any reason whatsoever.

The one and only exception is my Go Card since it’s pre-paid credit for that allows me to use public transport without getting harassed by the powers that be. Plus I’m not hard core enough to skip paying and be all stickin’ it to the man etc.

This first attempt was really a failure on my part to appreciate just how addicted to caffeine I am.

Armed with a packed lunch to prevent temptation from buying lunch, I thought some pre-drinks (of pod-machine coffee) at home would tide me over for the rest of the day. Just have a look at the results of Operation Tea Cosy to see how that turned out. By the time afternoon came about and my prefrontal cortex was at it’s weakest, a senior executive of my office walked into my office and cast a freshly-roasted-coffee-smell bubble of pain on me and I was done for the day.

The good news is it only cost me 3 pieces of silver to deal with the devil since I used my re-usable cup.

This time I prepared for the coffee temptation by saving up plenty of “get your 6th coffee free” loyalty cards to tide me over for the day. Shame I forgot about lunch. Shame I also forgot dinner. I didn’t actually have any food at all so this was really just a poorly planned attempt in general.

This time I just psyched myself out. I had lunch and dinner planned in advance, I had plenty of coffee freebies at the ready. Thinking of trying to save even more money I started thinking I needed to buy milk for my coffee pod machine at home so I just ducked into Coles to get some… FAIL.

The 4th attempt was really the culmination of 4 Jedi Mind Tricks of Manipulation to change habits, which can be applied to changing all sorts of behaviours:

1. Peer pressure: I told people about the challenge -particularly the bar staff down stairs who serve me coffee – they know not to take my money on a Tuesday without a freebie card. This feeds into the notion in that we are more likely to do something when peer pressure is involved.

2. Realistic expectations: I kept trying this one even after failing a few times. Changing habits can be quite difficult, if it wasn’t, we’d do it all the time. This is why it typically takes three or more attempts to quit smoking – it’s not impossible, but it takes a bit of practice.

3. Planning: A lot of the early failed attempts were due to poor planning. Learning from the failures though led me to be a bit better at planning ahead later on.

4. Accountability: Aside from telling people, I kept a little track record of these attempts (and my success or failure at them) and also put it in my calendar. In the absence of having god-like powers of memory, I’m bound to forget what I’m doing and if I’ve done what I said I would or not.

Being a Perpetual Cheap-Ass

Having said all the above, one success from 4 attempts at being a Cheap Ass only represents a total success rate of 25% which isn’t so great. If I’m going to turn this into a more permanent habit I’m going to have to keep at it and keep a record of how I go.

Being a Humanitarian Cheap-Ass

If you want to live frugally for a good cause, I would suggest you try the Live Below the Line campaign to live on just $2 per day for 5 days (or even go hard core at the equivalent of $1.25 (USD) per day if you want to be really accurate. This is the amount that 1.2 billion people in the world currently live off each day, every day.

So the next time someone complains about “cost of living” pressures you can hit them with that statistic and tell them to stop complaining!