New Year’s Resolutions: Looking for resolutions in all the right places 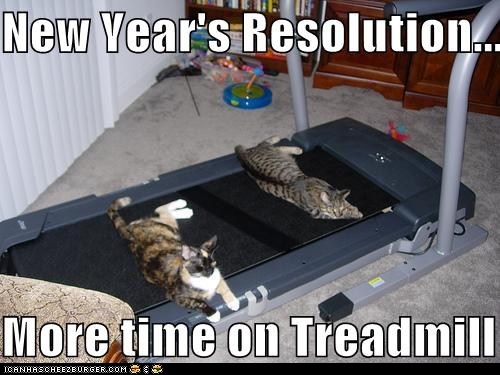 Is it possible to make a set of New Year’s resolutions that don’t turn you into a dirty old man looking for love with a cheap hooker?

December is both the most stressful and most optimistic month of the year for most of us. The stress associated with the Christmas period is backed up by medical research, which indicates that if you are planning to have a heart attack, the most popular time of the year is over the Christmas/New Year period. So clearly, all the cool kids are having heart attacks over the December holiday killing season.

The most likely reason is all the binge eating, drinking, and social stress that normally takes place over this period. Yet the vast majority of us survive this annual killing field and go into the Post-Christmas-Apocalypse-Bliss. The bliss comes about because usually in the few hours prior to New Year’s, you have mapped out a life of happiness with a set of New Year’s resolutions.

However, just like a dirty old man seeking love with a cheap hooker, this period of Post-Christmas-Apocalypse-Bliss is short-lived, quickly forgotten, and rather unfulfilling for all involved. Then we pretend it never happened and subsequently do it all over again next year.

Granted, those statistics I’ve quoted are from the US where all kinda of wacky things take place, but the high New Year’s resolution failure rate is pretty consistently high in every country that is afflicted by the Gregorian calendar. Just use yourself as an example –are you living the life of success and happiness that you planned out last New Year’s eve? Or did you just do what everyone else does and sign up for a 12 month gym membership that you never use?

Personally, I’m always making the equivalent of New Year’s resolutions throughout the whole year as I’m a chronic plotter and schemer. Not only do I have well detailed plans on everything including what my regime of benevolent world domination would look like, I also have an idea as to the general ambiance of my future secret mountain base, the capabilities of my future spaceship fleet, and the steampunk costumes my eclectic band of commandos will wear while fighting crime and Nazis. In case you are wondering, just like the original Nazis, the Nazis I fight will also have their uniforms designed by Hugo Boss.

So, throughout the year I’m going to be investigating each of the top 10 most popular failed New Year’s resolutions and try to work out where we all went wrong. Then I’ll get all judgmental and pass verdict as to whether they should be on anyone’s New Year’s resolution list in the first place.

Any insights I find I’ll post here at Healthy Geek, culminating in the grandest summary of them all:

Are New Year's resolutions all that and a bag of potato chips? Christmas Enjoy life to the fullest Fall in love Get organised Help others in their dreams Hugo Boss Nazi Learn something exciting Lose weight New Year New Year's resolutions Post-Christmas-Apocalypse-Bliss Quit smoking Spend less and save more Spend more time with family Stay fit and healthy