Throw some socks at Storm to prevent flu deaths 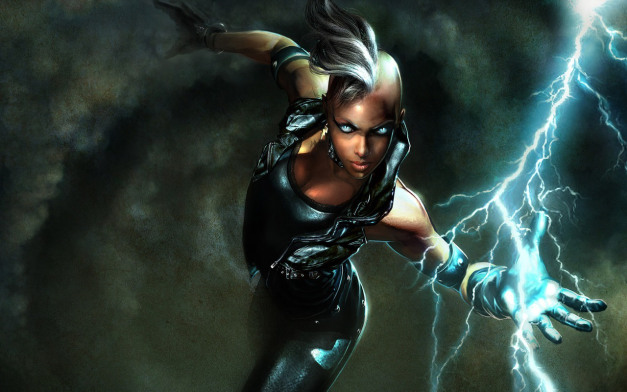 The latest research in preventing deaths from the flu and its connection to socks, and Storm, the most kick ass of all X-Men.

Ok, so this is perhaps a fairly strange sequence of thoughts, but bare with me because it’s totally awesome in a really geeky way.

Storm is… well, a pretty awesome member of the X-men.

Hugh Jackman has done a swimmingly good job with his take on previous crowd favourite, Wolverine. But let’s face it, in their efforts to squeeze as much money out of Wolverine as possible, Marvel has well and truly over-saturated us with old Wolvie.

Storm can control the weather, which aside from making her one of the most powerful mutants in the genre, would also be rather handy right now given the whole global warming thing. Either way, Storm is an unstoppable force to be reckoned with.

Cytokines are a broad category of small proteins that signal other cells such as T-cells to react to a pathogen or infection. Cytokines can also activate other cytokines, which can sometimes result in things getting out of hand. Sometimes an infection like the flu can trigger a cytokine storm wherein the cytokines trigger an uncontrolled reaction and there are cytokines and T-Cells congregating in all the wrong places and you can end up with an exaggerated immune response.

In the case of the flu, a cytokine storm response can lead to the accumulation of fluid in the lungs, which restrict breathing, and ultimately, result in the death of the flu victim. This is the primary suspect in the cause of death of young and otherwise healthy people who are infected with influenza, particularly in a pandemic.

Recent research from the Walter and Eliza Hall Institute of Medical Research has shown that another protein called SOCS4 (which Healthy Geek has decided to pronounce “Socks-four”) can keep the cytokine response under control, preventing a cytokine storm and the whole death-by-over-eager-immune system response.

Although at this stage, all this research has done is work out exactly what the SOCS4 protein actually does (no one knew beforehand). At least now we know there is a natural protein floating around that can keep the cytokines under control. This in turn could lead to drug treatments that either control the immune response in severe cases of the flu, or generate new preventative therapies.

Disclaimer: I could have made the analogy of climate controlled cytokine storms, but I figured a picture of an air conditioner wouldn’t have looked as cool as Storm…