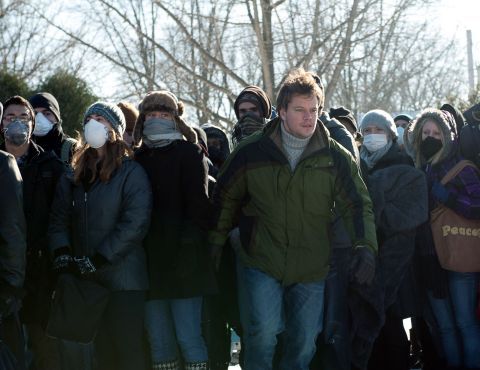 How to make sure you don’t look like a workplace tosser and tell everyone you have the flu when you actually just have the common cold. When you should seek medical attention, and how to prevent the cold and the flu.

You’ve probably heard it heaps of times, a friend or workplace colleague gets a runny nose and calls in sick with “the flu”. If they are also a Workplace Tosser, this statements is probably after posting pics of their drunken escapades the night before on Facebook.

More commonly however, they probably have mistaken the symptoms of a cold with a flu – there’s a reason why it’s called the “Common Cold”, it’s more common!

The cold and the flu are both types of respiratory infections, so they do have some similar symptoms such as nasal congestion, cough, aches and malaise which can add to the confusion. The tendency for over-the-counter drugs that treat these symptoms to be advertised as “Cold and Flu” treatments also adds to blurring of the distinction between the common cold and the flu.

However, there are some symptoms which are more specific or more extreme in one of them that you can use to tell them apart.

Do you have a fever?

While you can still have an elevated temperature with the common cold, it’s much less common to have one, and if you do, it is usually mild. With a cold, it is rare to get a temperature above 38 C (101 F).

So if you’re burning up, you might have the flu. If not, you’re cold enough to have… a cold…

Do you have fatigue and/or muscle soreness?

Whereas you might have some slight aches and pains with the common cold, the flu will usually come with muscle pain and aching – often severely so. By severe pain, they mean the debilitating kind, not the minor inconvenient kind that comes from being in bed and playing computer games all day.

Fatigue is often an easy way to distinguish whether you have a cold or the flu, mostly because the flu often comes with a pretty debilitating dose of it. A cold is going to make you feel tired, whereas the fatigue that comes with the flu is going to completely knock you out – particularly at the start of the illness. When they talk about “extreme tiredness” or “extreme exhaustion” as a symptom of the flu, they really mean it – we often have trouble getting out of bed in the morning, but if you have extreme exhaustion you actually can’t get out of bed in the morning you are that exhausted.

Do you have nasal congestion, sore throat and sneezing?

Although these are the common symptoms associated with being sick, a stuffy nose and sore throat and sneezing is a common symptom of having a cold, it is less common with the flu. In fact, you can have the flu and not have any of these symptoms.

The Boy Who cried Swine Flu

So basically, if you are all stuffy in the nose, have sore throat, sneezing a bit but can still stand up, you probably have the cold. If you are in bed with a fever and can barely lift your head to see the TV, you might just have the flu.

Or alternatively, if you have enough energy to post to your Facebook status update that you have “the flu” then it’s likely you actually have a cold.

This is also perhaps why Google Flu Trends has incorrectly predicted flu trends three years running – people who have the energy to search for “the flu” on the Google probably don’t have it.

People say they have the flu when they have a cold for the same reason they confuse the use of the word “literally” – it’s used to convey the extent of their feelings, as opposed to what they are actually experiencing.The flu is much more severe than the common cold – the flu kills a (relatively) small number of people each year, whereas the common cold generally inconveniences a lot of people each year instead.

So if you say you have “the flu” that sounds a lot more serious than saying you have “just a cold”.

So as bizarre as it sounds, the reason why we want to tell people we have “the flu” when we actually have a cold is because we want to express to people we are feeling really sick and want sympathy for feeling unwell. Anyone actually in the throes of the flu on the other hand is going to be so exhausted and feverish that social sympathy is going to be the last thing on their mind.

If you’ve been unlucky enough to get the flu, or had to look after someone with the flu, then you’d know just how detrimental the real flu can be for your social standing. While we don’t paint a black X across the door of the homes of flu victims, there’s nothing like having a highly contagious killer virus to make you feel a little unclean.

What’s wrong with admitting you have a cold?

There’s absolutely nothing wrong with admitting you have the common cold – just because it’s common, doesn’t mean it isn’t also debilitating. If you have a cold, you should also do everyone else a favour and stay at home avoid contact with those around you to prevent it spreading.

So if you have a cold, stay at home and continue to update your Facebook status updates – just don’t pretend you have a flu.

When to consult your doctor with cold or flu symptoms

While there might be a great deal of exaggeration in expressing symptoms, it’s also important for people to seek medical attention when they need it, rather than suffer in silence and make things worse for themselves.

It’s time to call a doctor if you, or anyone you are looking after, already has cold OR flu symptoms and is also suffering from any of the following severe symptoms:

When to seek emergency medical attention

If you, or someone you are caring for, has cold or flu symptoms but also has any of these in the mix it’s best to forget making a doctor’s appointment and just get yourself to a hospital:

How to avoid getting a cold or the flu

There are no magical elixirs to prevent cold or flu, avoiding them is largely down to three key behaviours:

So now you know how to pick out the difference between getting the cold or the flu, you can not only be more accurate in expressing your own malaise, you can also expose those around you who are faking a flu!

June – A geek’s got get ready: Lex Luthor is in charge now