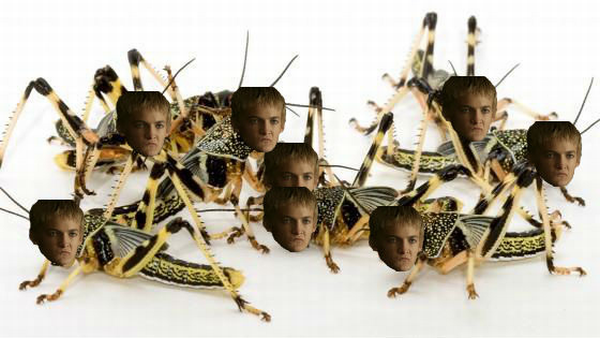 This is part seven of Looking for Resolutions in all the Right Places, in which we look at the top 10 most commonly chosen New Year’s resolutions and see if they are all that and a bag of potato chips (so to speak).

Lets get straight to the punch line:

Smoking is addictive and re-wires your brain into working against you. Cigarettes are also sold and marketed by an ethically questionable cartel of dodgy companies who insist on doing everything they can to protect their profits by manipulating people into buying a product that will kill them.  So if you want to quit smoking, the first step is to really WANT to quit smoking. There are plenty of people who say they want to quit smoking, but they haven’t really been convinced deep down that they really want to do it just yet. Normally this is the part where people warn about the health impacts of smoking in order to get people to quit. However, if you keep putting “quit smoking” year after year on your New Year’s resolutions, then you’re probably already doing a really swell job at ignoring the emphysema you will eventually get (assuming cancer or heart disease doesn’t get you first). There’s nothing like avoiding the long term negative consequences of our actions when we can hide our head in the sand right? So I’m going to give you some immediate, short-term reasons to want to quit right now and not wait for January 1st.

1. Smoking surrounds you with an unpopular cloud of stink gas

One of my most favourite jobs ever was being the chief editor of a (print) student publication at university. Alas, it only lasted 12 months as it was part of the student union an therefore subject to all of the crazy and generally stooopid shenanigans that result from that subculture. However given the negative impact that 12 months had on my health, it was probably a good thing my short-lived career in print media ended when it did.

Being childhood fan of Press Gang I always wanted to have Lynda Day’s as editor-in-chief of The Junior Gazette – running a publication that did the hard stories while also being successful enough to keep the whole thing financially sustainable. Not being British, or a woman however, I also wanted to be like Lynda Day in action but a bit more like John Jonah Jameson Junior of the Daily Bugle who would often say “get me some stories!” in between puffs of a cigar…

Unfortunately, it wasn’t quite like that. I didn’t have have a large pool of student journalists who always seemed to have an adventure on a weekly basis like Lynda Day, and John Jonah Jameson Junior had Spiderman on his payroll so that was always going to be a bit of a stretch seeing as I haven’t heard of anyone getting bitten by radioactive spiders and getting superpowers lately. One habit I well and truely adopted from John Jonah Jameson Junior was smoking – not cigars (they taste like burnt scat), but cigarettes. I smoked like a chimney for that year.

Lynda Day had more people in the staff of the Junior Gazette than I had vote for me at the following student election after my 12 month term as editor of the university magazine.

The stinky gas cloud aspect of smoking is one that I didn’t truly appreciate till after retiring from politics and started living a nicotine free life. A biotic bubble of pain is good to use against slow moving targets like Atlas mechs and Reaper Brutes, but it also helps protect and heal your team mates. A smoker’s stinky gas cloud on the other hand is just… stinky… If you smoke, you have a really limited sense of smell and taste so you probably don’t know how much you reek.

Unfortunately for your social life, the 4 out of 5 people who don’t smoke have a perfectly good sense of smell and they know it comes from you – it’s like farting in an elevator, only you can’t smell it and everyone else in the elevator knows that you did it…

The only thing less popular than an emo, is King Joffrey. The reason is that emos and Joffreys really embody a lot of the traits we find annoying about other people – completely self-obsessed, always complaining and chucking sooky la la’s about everything.

The biggest difference between and emo and King Joffrey is that Joffrey is… well… a king – he actually has power. Emo’s on the other hand are like the Goblin King from Labyrinth, all you have to do is walk up to one and say “you have no power over me” and like that their ego pops like a 1980s era special effect wish bubble. David Bowie’s mullet hair style still looks better than an emo-style-part though. Just sayin.

Smokers are just like emos because they are both engaging in activities that are entirely self-obsessed. Smokers release air pollution that spreads around and forces itself upon everyone else. Emos engage in emotional pollution that spreads around and forces their first world problems on everyone else. Emos talk about death and self harm, smokers actively engage about bringing about their own death through self harm.

King Joffrey on the other hand is like a smoker because… well, he’s a smoker. 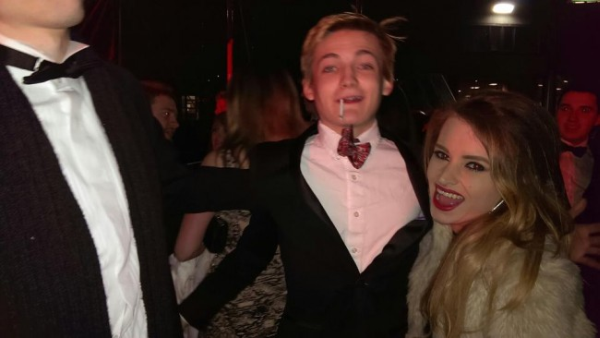 3: Smoking makes you a drug addict scabbing for money

We’ve already dealt with the “spend less, save more” New Year’s resolution, but pretty much if you are constantly short of cash and you are a smoker then if you stop smoking you are going to save yourself a bunch of money. More importantly for your social life, you’re also going to save everyone else a lot of money too.

The main difference between a smoker and a crack whore is that smoking is legal, so the price of cigarettes is somewhat regulated. Legislation also ensures that the quality of cigarettes is consistent – at least in terms of it being of consistent quality to kill you in a predictable way. There’s no quality control over crack cocaine so you can end up: dead straight away; dead over time; or get consistently good quality product and be healthier than a smoker because you have an ethical drug dealer. If you want to know the chances of an ethical drug lord, just think of GTA-V as a educational documentary.

Both smoking and crack cocaine are of course addictive, which generally warps any sense of priorities you might have. People do all sorts of silly things with money when addictions are involved. Need to pay buy food, pay bills, pay rent etc? Not till after you buy your smokes right? When a smoker runs out of money for smokes, the first thing they do is try to bum smokes off other addicts, then if that fails, they start to borrow money off non-smokers. They might say it’s to pay rent or bills, but really it’s for smokes – they wouldn’t need to borrow money for rent or bills if they didn’t blow all their money on smokes in the first place. The addictive nature of smokes effectively turns smokers into a locust swarm of little Joffrey’s, flying from place to place looking for their next fix.

Effectively, every smoker is a financial burden on society whether they are rich or poor. The life of a smoker is an ever growing conga-line suck-hole debilitating but preventable diseases that cost the healthcare system more and more over time. Even with private health insurance, the healthcare resources that go into supporting smokers are greater than the amount they contribute back into the system.

So as a smoker, every drag you take of smoke is a drag on society at large – scabs!

Just writing “quit smoking” on your New Year’s resolutions list is not going to get you to quit smoking, you have to WANT to quit first. If the health risks haven’t convinced you to start today then at least do it to stop being a stinky gas Emo King Joffrey money scab.

The good news is that there are plenty of support networks, stop smoking strategies and tactics, not to mention a swag of products out there like patches and gum that you can also use to help you. Quitting smoking is hard, but not impossible – there are also plenty of people who have stopped Joffreying around – including me! So what are you waiting for – the Khaleesi to come in on the back of a dragon (or three) and smite you?!??!

Should “quit smoking” be on your next set of New Year’s resolutions? If you really WANT to quit smoking, don’t wait – do it now!