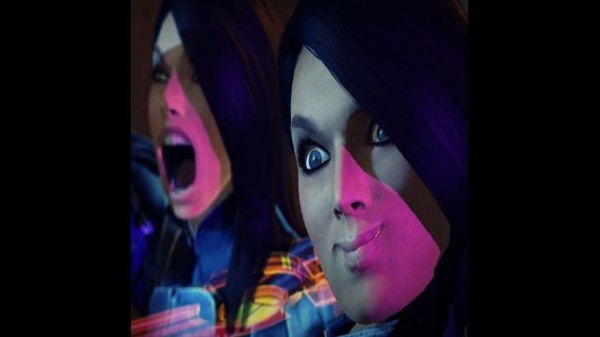 An insight into the mind of an obsessive stalker with Ashley Williams and her unhealthy attachment to Commander Shepard.

In Mass Effect, Ashley Williams was obsessed with My Shepard to the point of homicide – and if you want to be in My Shepard’s Scooby Gang, the first rule is you’re not allowed to shoot any of the other members of the Scooby Gang (or keep samples of Shepard’s hair “just in case” while reciting poetry).

While it’s true I’ve filled in a few extra details with my version of Ashley Williams to emphasise her stalker inclinations, she does provide a good example of when relationships go into crazy-loco territory – and then someone sets of a nuclear bomb.

You are Perfect. Therefore I Love You.

I was totally screwed till he came along, guns blazing, blowing away all those Geth like an Angel of Death, wrecking destruction upon all those damn tin heads that killed my entire unit. (Killing Geth like an Angel of Death – I should write that in my poetry book!) Shepard has all of the qualities I respect in a man – strong, good leader, well-liked by his crew – but it’s out of respect, not because he’s a push over. With Shepard you know that you would go to hell and back if he asked, and it would be for a right and noble cause. I just hope that compassionate streak of his doesn’t get him killed…

We all have people we admire, and that’s perfectly healthy. But there are some people who take admiration a little too far. Often, they attempt to compensate for their own feelings of insecurity and inadequacy by latching on to a someone whom they assume is completely confident and successful.

In modern society, the people we often assume to have everything going for them are celebrities – they have money, power, popularity, glamour and all the social bling. These are usually the kinds of things we crave and since celebrities have them, they must be perfect – or so the internalised logic goes.

If you are going to pick someone as a role model of perfect, you generally want to know all about them and how they ended up so perfect.

I know you more than you know yourself

I’m concerned about Shepard. I know he trusts those aliens, but I don’t. I’ve decided the reason why I alone out of my whole unit was saved by him was because he needs me to protect him from his fondness for a ‘diverse’ team. I put out as many surveillance devices as I could get away without being noticed. I’m monitoring all those animals and their interactions with Shepard just to be sure.

These days it’s relatively easy to find out a great deal of information (and disinformation) about just about any celebrity online. As a result, we’ve even invented a new category of obsessive-addictive disorder called celebrity worship syndrome (CWS). Someone suffering from CWS becomes overly interested in the personal details of their target celebrity.

While the tabloids have built an entire industry around interest in celebrities, “overly interested” is a level above the casual flick through of a magazine in the shopping isle. Someone CWS is fixated on knowing everything about their target celebrity – it’s not just knowledge of a basic biography and who they are dating, it’s a constant interest in knowing everything about their target – including current movements, activities and even thoughts.

It’s not just celebrities that can be the target of this kind of obsession.

With our lives being lived increasingly online and relatively out in public, it is becoming easier for someone with an obsessive-addictive disorder to find out quite a lot about any non-celebrity unlucky enough to be the object of their affections.

Given the number of dangerous missions we go on, I’ve decided to make some contingency plans. Should I fail to protect Shepard, I’ve taken some hair and skin samples in case we need to clone a replacement…

Donatella Marazziti of the University of Pisa compared the brains of people in the early phases of love with Obsessive Compulsive Disorder (OCD) and found that both groups had lower than normal levels of a protein that transports serotonin – a hormone involved with regulating mood. When the lovers in the study were tested a year later, their serotonin levels had returned to normal, which fits in with what we already know about long term relationships in practice – they start off passionate, but mellow out into something a little more stable in long term relationships, or the fires of passion are extinguished entirely and the relationship ends.

In the long term relationships, oxytocin and dopamine take over from serotonin as the dominant chemical. Interestingly, high levels of oxytocin and dopamine are also associated with addiction, and both love and addiction have similar neural underpinnings – so it’s not actually a metaphor to say love is a drug, or you find someone addictive.

This was demonstrated with a home-wrecking experiment with some prarie voles. Prarie voles are notoriously monogamous, yet it was discovered that if you inject them with drugs that suppress either dopamine or oxytocin, the prarie voles became polygamous and started playing the field.

So potentially we have a biological explanation for obsessive-addictive disorder, or at least a contributing factor. Obsessive behaviour is associated with lower levels of serotonin, while high levels of oxytocin and dopamine are associated with addiction. Combine the two with some unrequited interest and you get a world of trouble.

So I finally came out and told Shepard about my faith. In this day and age a strong belief in Christ isn’t that popular these days! He didn’t say much but I could tell he agreed with me by the look in his eyes…

The TV anchor is a particular kind of celebrity we can form a pseudo familiar relationship with – they talk directly to the camera so it’s like they are talking to us, while the promotional activities of the TV channels tend to focus on personalising their TV presenters to make them part of the “family”.

It’s perhaps not that surprising then that female TV news anchors are often the target of stalkers – who are predominantly straight men in their thirties who are unemployed, or underemployed and are inexperienced in intimate relationships.

For these stalkers, the TV anchor is no longer someone staring at a camera reading the news, it’s their true love directly communicating with them on a daily basis through the TV. In the stalker’s fictitious relationship with the TV anchor, a flick of the hair, an inflection in their tone of voice, or even the choice of clothes they wear are all reinterpreted to be signs of reciprocated love.

Generally the point where a stalker gets violent is when they attempt to force an interaction upon their target and reality doesn’t match their fantasy. 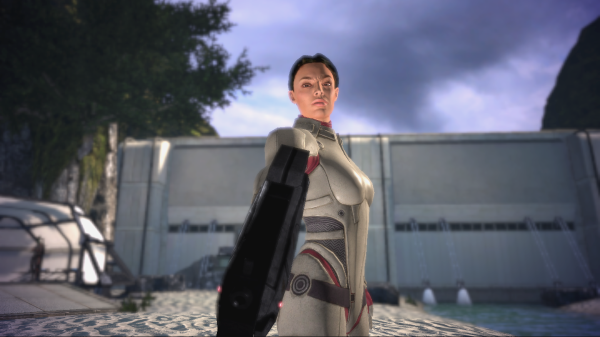 Till death do us part

I think that meat head alien Wrex is poisoning Shepard’s opinion of me. I haven’t seen them talk to each other directly much, so I think Wrex knows about the listening devices and is somehow managing to communicate to Shepard in secret. Either way, Wrex is a loose cannon who could go off at any moment – I have to be ready to do what needs to be done to ensure that doesn’t happen…

Stalkers come in many shapes and sizes and so does the diagnosis and treatment. In 1993, Paul Mullen, an Australian clinical director and chief psychiatrist at Victoria’s Forensicare analysed the behaviour of diagnosed stalkers. Along with his fellow colleagues, they proposed five stalker subtypes which are now extensively used to categorise stalkers. The five stalker subtypes can be found in more detail here.

Since these subtypes include different motivations, the treatment options for stalkers differ. Stalking is a particular behaviour, not a mental disorder – while some people with mental disorders may engage in stalking, not all stalkers have a mental disorder. In some cases, stalking behaviour is a temporary activity that is singularly restricted to a single victim under a certain set of circumstances that might include social inadequacies or isolation – i.e. there isn’t anything mentally wrong with them per se, they just haven’t learnt how to engage appropriately with other people. In other cases however, stalking behaviour is symptomatic of a larger psychosis, in which case effective treatment needs to be comprehensive at addressing a range of other issues.

Given the potential for violence and antisocial behaviour by the stalker, it’s generally suggested that regardless of the motivations for stalking, the victim take steps to protect themselves.

I think we both know that’s not going to happen, Commander…

The social relationships humans have with each other and psychology and physiology that influence them are complicated, which also means there are plenty of opportunities for them to go completely fubar.

Feelings and behaviours of love, devotion and loyalty are not that different from feelings of obsession, addiction and stalking – the main difference being the first is reciprocal, the other is not.

If you are the target of a stalker, the best advice is to get as much emotional, physical, social and even legal, distance from them as you can. Stalkers are motivated by getting a reaction from their victim, either positive or negative – not having any contact with their victims is going to be part of their treatment.

For more detail, Stalking Risk Profile has 4 “Golden Rules” of advice for victims of stalkers:

Further details of which can be found here.

As for Ashley Williams (The Xenophobic Nut Job) and her stalking of My Shepard – in my Mass Effect, Shepard had been aware of the surveillance devices she was using to spy on him and was about to have her transferred to another ship after the mission on Virmire. After pulling a gun on Wrex and fantasizing shooting him and everyone else in the head several times, she realises how unhinged from reality she has become, so when the opportunity to put her life on the line for the sake of the mission comes up she puts herself out there as an act of redemption, only to be completely obliterated by a nuclear explosion.