10 mins read Life Lessons from Game of Thrones: Look after your direwolf (or your dog) for good health
10 mins read

Life Lessons from Game of Thrones: Look after your direwolf (or your dog) for good health 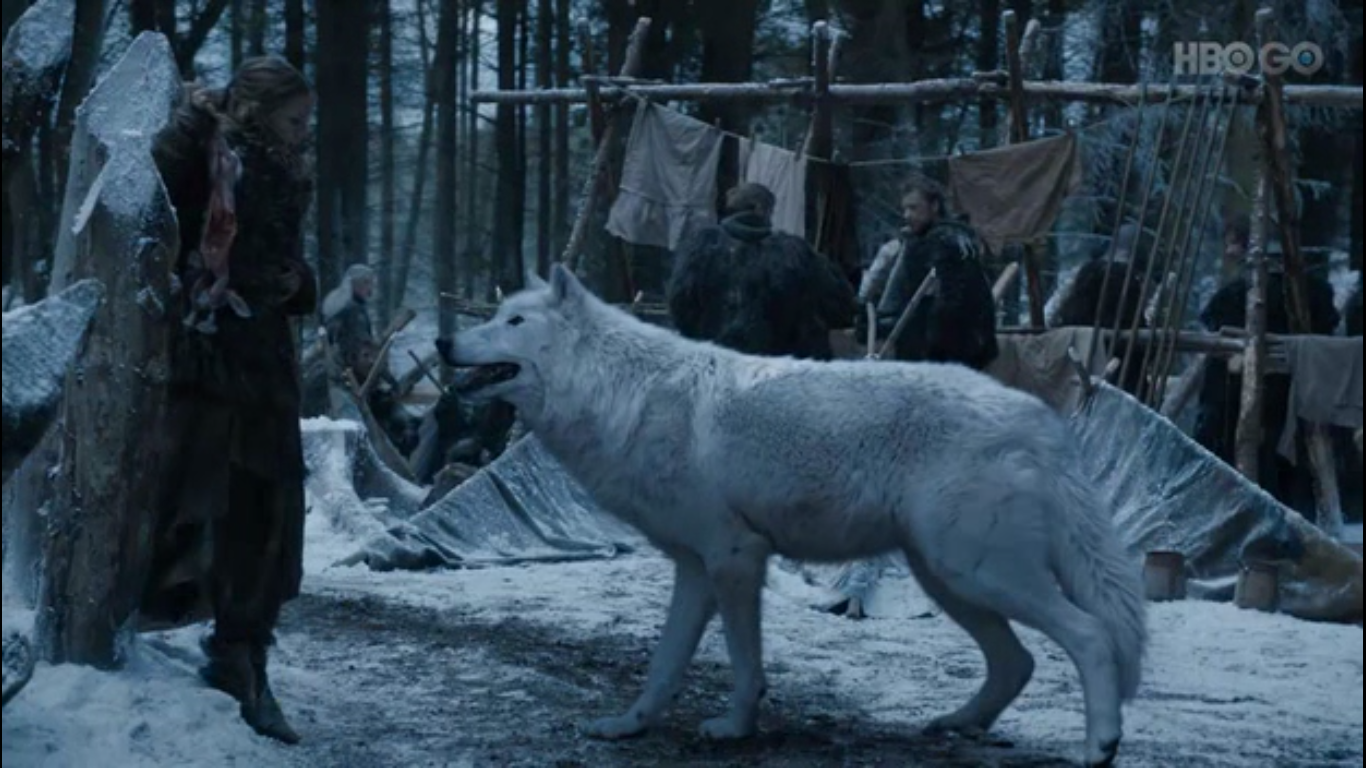 The Stark family – everyone is barracking for them, yet it is so difficult for them to go a whole season or book in Game of Thrones without one of them ending up dead. The Starks have a strong association with direwolves – not only is the direwolf the feature of their family crest, all of Eddard Stark’s six children had a direwolf companion who’s fates have become strangely intertwined with that of their owners.

So let’s get one thing settled first so as to avoid accusations of typos. In Game of Thones it is referred to as a “direwolf”. The real-life version we are referring to is a “Dire Wolf”.

If you haven’t watched Game of Thrones up to the end of Season Three of the TV series you might a little annoyed about the spoilers in this post.

Bran and Summer are always together and now Bran’s freaky powers mean he can experience Summer’s actions and movements in his dreams. Summer is almost big enough for Brand to ride around on. Maybe Hodor gets a break.

Jon Snow is Eddard Stark’s illegitimate son. Ghost is a red-eyed albino. Both have a tendency to go off alone and do things completely independent of everyone else. Jon Snow still knows nothing, Ghost probably knows a lot more.

The Dire Wolf (Canis dirus) is a super-sized version of a grey wolf and was roughly 1.5 metres in length and weight roughly 90kg. By comparison, the Great Dane as the largest dog breed is about 1 metre long and can weigh up to 60kg. So imagine a wolf 50% bigger than Scooby-Doo.

Dire Wolves once roamed the plains of the Americas till the last Ice Age. In a case of dogs and cats being perpetual rivals, the dire wolf shared its stomping ground with the Sabre-Toothed Cat (Smilodon fatalis) and the two were competitors in the same way that Lions and Hyenas, or Starks and Lannisters are.

We know that dire wolves were pack animals and they coexisted with the modern Grey Wolf (Canis lupus). Since Dire Wolves were a lot larger and went after equally larger prey, it is suspected the smaller Grey Wolves focused on equally smaller prey and so the two didn’t actively compete with each other. This is also probably why the Dire Wolf became extinct at the end of the Pleistocene era and Grey Wolf survived – all the large prey became died off and any large predators that relied on them went extinct along with them. Smaller versions of the mega fauna on the other hand continued to survive because they relied on the smaller prey that also survived.

So if you want to be like the members of House Stark and get a Dire Wolf of your own you will have to transport yourself in time to the Pleistocene era roughly 16,000 to 10,000 years ago.

Or you can just get a dog.

Canis lupus is what we now commonly refer to as wolves – though there are (currently) 39 subspecies currently described, including Canis lupus familiaris, which is the common domesticated dog. So while the dog is not a direct descendant of the Dire Wolf, they are still relatively closely related.

Wolves show a great deal of polymorphism– which is where the same species can still have a great deal of diversity in observable characteristics and traits. Your local dog show is essentially the polymorphism of wolves on display since everything from a Chihuahua to a Great Dane is actually a wolf that has been selectively bred over the years to display different superficial visual traits.

Although there was interest in the Dire Wolf prior to Game of Thrones, the interest has a Dire-Wolf-Like dog has spiked recently due to the popularity of Game of Thrones. 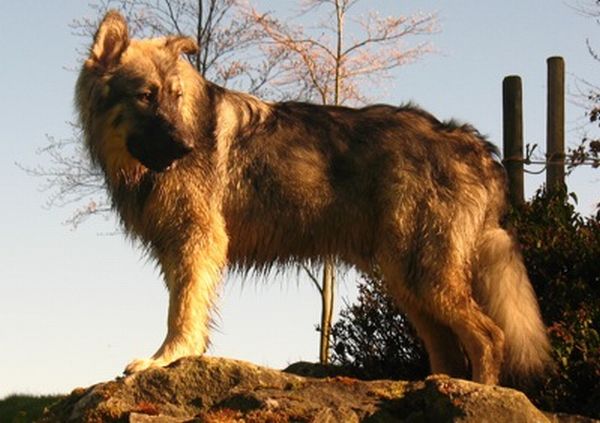 The Dire Wolf Project was started in 1988 by the National American Alsatian Breeder’s Association to bring back “the look” of a large prehistoric Dire Wolf in a domesticated dog breed. Although the resulting breed won’t be a ‘real’ Dire Wolf, the polymorphism of wolves means that the breeders will be able to create a dog that ‘looks like’ a Dire Wolf – which for most people is just as good. Unlike the direwolves of Game of Thones or the Dire Wolves of the Pleistocene era, the modern Dire Wolf is being bred to be a (very large) companion dog – it’s a bit of a gentle giant. As a result it would be difficult to take a modern Dire Wolf into battle and have it “…rip a man’s arm off his shoulder as easily as a dog will kill a rat”.

Which is probably a good thing if you are going to have a modern Dire Wolf as a pet since it might get inconvenient having to clean up all those dismembered arms all the time.

Get a Dog, Get Healthier?

Research has popularised the notion that pet ownership results in positive health benefits to humans. Pet owners have:

Recent research has failed to entirely reproduce these results consistently however. This has led to the current theory that it is not ownership of a pet that conveys health benefits, rather, it certain behaviours associated with pet ownership that result in health benefits. i.e. Simply buying a dog isn’t going to make you healthy, but looking after your dog appropriately probably will.

There is also the political campaigner who told me about how he always took his dog with him to election campaigns – people of all political persuasions would feel much more comfortable talking to him about politics when the dog was around. They would be a lot less accommodating if he was by himself. Since his political party hasn’t been doing so great lately, perhaps it’s because of a lack of dogs.

If dogs act as a social catalyst, then maybe Rob Stark’s ability to raise an army would have been a little restrained without Grey Wind providing social support. Where was Grey Wind during the Red Wedding? Locked up in a cage outside – things might have gone a bit differently if Grey Wind was allowed to the wedding reception. Just sayin…

Dogs can be a part of your Scooby Gang

Social relationships, or the lack thereof, seem to be a major risk factor for health – even more so than other factors such as smoking, high blood pressure, obesity and lack of physical activity.

Modern society has a tendency to make it harder for us to create our own Scooby Gang of close, emotionally supportive relationships with people that we see face to face on a regular basis. If you are lacking human recruits to your own Scooby Gang however, dogs and other pets can often act as a replacement.

Given dogs have a pack instinct, the canine members of your Scooby Gang might even prove to be more reliable than their human counterparts since Scooby-Doo is unlikely get a promotion to a job overseas, get pregnant and move to the suburbs, or turn out to be a mole for House Lannister who sends you their regards and stabs you in the back – and then stabs you some more, then stabs everyone else in the room.

In the name of the Old Gods of the Forest, take your direwolf for a walk

Rob Stark’s job as King of the North ensured that Grey Wind got a lot of exercise killing Lannisters in battle. Although Jon Snow knows nothing, he and Ghost spend a lot of time trudging around north of The Wall.

The point being that before you think about trying to gain the health benefits of dog ownership and make a direwolf a part of your Scooby Gang, you need to be prepared to spend a lot of time looking after your dog appropriately – and a major part of that is having the time to regularly walk your direwolf.

Many of those health benefits from dog ownership actually come about from walking the dog, not from abandoning the dog to do nothing all day and then coming home to have you and the dog spend the whole time watching TV.

The most obvious health benefit of walking a direwolf is exercise, but you also can’t impress the neighours and use your direwolf as a “social catalyst” if you don’t get out of the house. Walking you direwolf and training it to be polite in social situations is also a good way to ensure it doesn’t “…rip a man’s arm off his shoulder as easily as a dog will kill a rat” without your permission first.

If you want to be able to train your direwolf, you need to establish that you are the dominant member of its own Scooby Gang pack. Dogs and direwolves actually prefer this relationship – you know those dogs that bark all day because their owners are out? Those are stressed out dogs that are freaking out because their owners don’t talk them for walks.

A direwolf is not going to respect you if you are never around and all it sees you do is watch TV and complain all day like Joffrey. In fact, people who don’t tread their direwolves and their dogs well ARE Joffrey.

Who wanted Nymeria killed because he was a twat? Joffrey.

Who had Lady killed because he was a twat? Joffrey.

Who is a direwolf and dog-hating twat? Joffrey.

The direwolves didn’t curse the Starks. More it was the direwolves are stuck with the Starks who are cursed with being good guys in a dog-eat-dog world. *zing*

Though to be fair to dogs, dog-eat-dog is not really a fair term. Dogs don’t normally eat each other, or (literally) back stab each other and pregnant women, chop each other’s heads off, use green glowing napalm against each other etc. etc.

The direwolves and the Starks are so intertwined, you might as well consider the Stark family’s direwolves to be additional members of the Stark family – which they desperately need these days given their propensity to get themselves killed. Alternatively, you could think of the Starks as large pack of direwolves that is in the late Pleistocene era – individually impressive, but under threat of extinction due to (political) climate change.

Regardless, if you want a dog or a direwolf, you need to earn its respect and look after it appropriately. If you don’t, you’re just being a Joffrey.

The wearable tech that will make you look more sociable… kinda…