7 mins read Is Botox going to turn you into a giant flying porcupine monster?
7 mins read

Is Botox going to turn you into a giant flying porcupine monster? 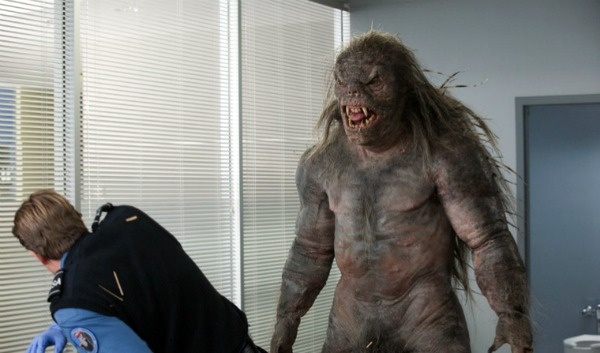 A review of Botox including it’s origins, risks and benefits – and whether it will turn you into a giant flying porcupine monster.

In a world where youth is associated with attractiveness, getting old can be associated with a sense of impending doom. Those growing wrinkles around your eyes can seem like a public display of being over 30. The wonders of our modern technology mean we have more options than ever before to mask the passage of time on our face.

Whereas a facelift appears to be joining the category of “slightly desperate” along with the toupee and the pectoral implant, Botox appears to be gaining ground as the “socially acceptable” form of cosmetic surgery. But is Botox so benign – surely injecting a toxin into your face is going to have consequences right?

In Fringe, people who tried to inject themselves with a substance to make themselves “better” humans turned into giant flying porcupine monsters, so are there also risks associated with Botox and does it actually have benefits?

“Botox” is a registered trademark of Allergan, a multinational pharmaceutical company that perhaps figured it was an easier name to market than “onabotulinumtoxinA” which is the actual name of the substance people are injecting into their skin.

Botox is based on botulinum toxin (BTX) – hence the name, BO (botulinum) TOX (toxin). Botulinum toxin is the most potent toxin that we know to exist, and is produced by bacterium Clostridium botulinum, the bacteria that causes Botulism – a rare, but potentially fatal paralytic illness.

Botox is not the only way you can inject yourself with botulinum toxin, it’s one of three commercially available medications and all are used to treat roughly the same conditions, though their usage doses vary.

Risks: It can give you droopy eyes

Or essentially, if you ever have droopy eyes for whatever reason, everyone will know you’ve had Botox.

Benefits: A bit of droopy eyes can be a good thing for some people

If you suffer from eye muscle problems (strabismus) or abnormal spasm of the eyelids (blepharospasm), then a bit of eye muscle weakening can be beneficial. In fact, the first ever approval of Botox as a medical treatment was in 1989 for treating eye muscle disorders – Botox wasn’t approved for use to treat frown lines till 2002.

Risks: You can get breathing difficulties

Similar to droopy eyes, other symptoms of botulism can also occur after being treated with Botox. Since botulism results in widespread muscle paralysis, one of the symptoms that can lead to death by botulism is a paralysis of the lung muscles, which leads to asphyxiation.

Although no one has yet died of Botox, it can result in temporary difficulty in breathing and swallowing.

Benefits: But strangely enough is a potential treatment for asthma…

Some sufferers of severe asthma also experience spasm in their vocal cords as well as their lungs which results in severe breathlessness and wheezing.

A trial is currently being conducted by Monash Health in Melbourne to inject Botox into the vocal cords of sufferers to reduce the muscle spasms and thereby reduce the severity of the asthma symptoms. Early indications are that it is proving to be a safe and effective for certain types of asthma sufferers, though larger trials were still needed.

Risks: It can spread to your brain

This is one of those discoveries that seems kinda obvious in hindsight.

Clinicians always assumed that Botox was safe for cosmetic uses because studies suggested that it sits at the site of injection (in the skin) and does not spread through tissue. Yet at the same time, we also accepted symptoms like droopy eyes and difficulty breathing, even though they were not located at the injection site.

Oh and the botulism toxin that Botox is based on is the most potent toxin known to science, so it doesn’t take very much of it to get a response.

A growing body of research is indicating that not only does Botox not remain in the skin around the injection site, it can even travel down nerve fibres and into the brain within days. Thus far, the research has largely been conducted on rats, but the truth is we don’t entirely know of all the consequences of the spread of Botox to brain cells in humans since the research is still being conducted.

Given that some of the other side effects of Botox such as double vision, blurred vision and trouble saying words clearly (dysarthria) start looking a little neurological in nature, it’s perhaps something to be wary of until the evidence points one way or another…

Benefits: It can help reduce migraines, pain and epilepsy

Botox is already used as a treatment for migraines by injecting it into certain spots on the back of the neck. Another use for Botox appears to be emerging to treat chronic pain and epilepsy – though in a modified form.

This is modified Botox in combination with another toxin though, so if you have a headache or suffer from epilepsy then that’s not really an excuse to go get Botox.

Risks: It can paralyse empathy

It’s almost a cliché to joke about the lack of facial expressions of those who have recently had Botox injections. It increasingly seems apparent however that the act of making facial expressions also has an impact on your emotions – i.e. force yourself to smile a lot, and you will start to feel happier as well.

This is also known as the facial feedback hypothesis.

So if all those Botox-ed actors of today seem a bit more wooden than usual, blame the Botox.

Benefits: It can paralyse depression

If Botox can suppress your facial features and thereby your emotions, then this might not be such a bad thing if those emotions are chronically depressed. Recent trials has indicated that this could form an alternative treatment for depression where antidepressant medication is ineffective or not suitable.

Risks: Just a reminder that botulinum toxin is also a lethal biological weapon

Botulinum toxin is a particularly lethal agent that can kill people with only miniscule amounts when injected or even inhaled. Its lethal efficiency led to research conducted by all sides of World War II into its potential use as a biological weapon to use against the other side. The risk of botulinum toxin as a biological weapon has also led to ongoing research into how to respond to the use of botoulinum toxin if used by terrorists on populated areas.

Benefits: But you can still use it to temporarily reduce the appearance of wrinkles

But then of course there is the well-known use of Botox to reduce the appearance wrinkles.

Will Botox turn you into a flying porcupine monster?

Probably not, but that doesn’t mean it won’t do a lot of other things as well. Before you jump on the celebrity bandwagon and start injecting yourself with it, just remember that the impacts of Botox aren’t only skin deep… *zing*

Throw some socks at Storm to prevent flu deaths