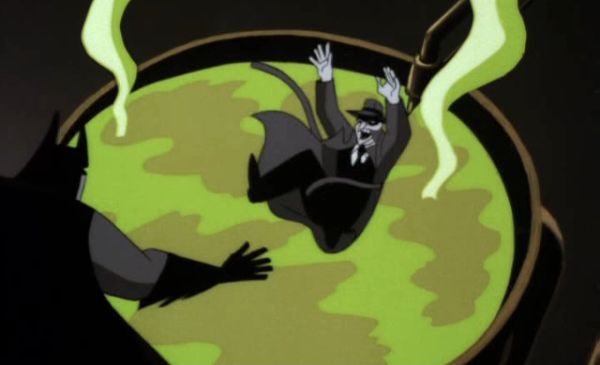 Throw a criminal into some acid, and he turns into the master criminal known as The Joker. Throw some blood cells into acid, and they turn into stem cells. Who’da thunk it?

Once upon a time a small-time criminal fell into a vat of acid and was transformed into The Joker. Now Japanese scientists have done the same only instead of a criminal, they used blood cells and instead of the Joker, they got stem cells – which are far more useful really.

Our bodies are largely big bundles of cells with a specific purpose. Your liver is made up of liver cells, nerves are made up of nerve cells, and muscles are made of muscle cells. Once a cell is ‘programmed’ to be a particular cell, it’s effectively stuck in that career path till it dies – it’s the ultimate job for life.

Stem cells are like cells with no programming – they can be turned into any other kind of cell. Since their discovery, stem cells have been a bit of an obsession with medical science since the potential therapeutic applications of being able to create and reprogram stem cells into whatever we need are awesome. Master stem cells and you can regrow any part of the human body you want.

Previously there were only two ways to create stem cells. One was to harvest them from embryos, which was an ethical nightmare given the ongoing debate over the rights of unborn embryos in regards to abortion and the like. A more recent discovery demonstrated that skin cells could be reprogrammed to turn back into stem cells (called pluripotent stem cells).

Dr Haruko Obokata, from the Riken Centre for Developmental Biology in Japan has recently released a paper with the academic journal Nature to demonstrate how she was able to “shock” blood cells into becoming stem cells with the addition of some acid.

This new technique is called stimulus-triggered acquisition of pluripotency, though all the cool kids in research are just referring to it by the acronym STAP.  Although it has currently only been demonstrated in blood cells from mice so far, this could potentially transform stem cell research – it could give scientists access to a large supply of stem cells to study without having to use the ethically charged embryo route, but it also increases our understanding of how cells can be transformed into stem cells and back again in general.

The more we know about stems cells, the closer we get to being able to a range of degenerative diseases, as well as create therapeutic treatments for injuries such as spinal paralysis, limb replacement or (most likely initially) be used to regrow hair on balding men. If you are desperate about being bald, this is not a suggestion to throw blood and acid on your head however.

Not all is what it seems with this research… check out the latest here.