7 mins read Are New Year’s resolutions all that and a bag of potato chips?
7 mins read 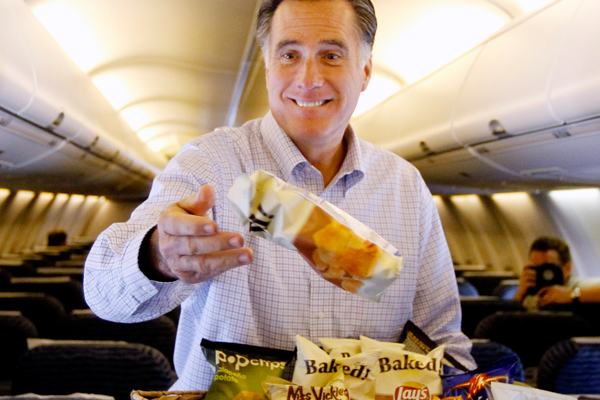 The verdict: David Attenborough is better than Kevin Costner, but ff you want to lose weight, a single resolution out of 10 is not going to work.

The verdict: You don’t need to wait till the New Year to stop being a tosser.

Resolution 3: “Spend less and save more”

The verdict: Stop pleasuring yourself so much and try something that actually works.

Resolution 4: “Enjoy life to the fullest”

The verdict: Only works if you want to be a plumber, so stop being so brainwashed by marketing propaganda.

The verdict: Try something a little more specific – and make sure you don’t skip out on legs day and get Useless Muscle Syndrome.

The verdict: If you just want to impress people then it’s easier to fake it, or just learn to appreciate the skills of others.

The verdict: If you don’t want to be stinky-gas Emo King Joffrey money scab, you should stop smoking now to become more popular rather than wait till New Year’s.

Resolution 8: “Help others in their dreams”

The verdict: Make sure you aren’t helping serial killers in their dreams, and stop being an ass instead.

The verdict: This won’t work if you want to fall in love with a living thing and get sexy results, or Ryan Gosling.

The verdict: This only works if you completely redefine the meaning of “family” and “spend time with”.

So then end result of the top 10 New Year’s resolutions is a satisfaction rating of 0% You might think that this means it is better to live the life of a teenage kid for the now with no plans, no commitments and no disappointment then right? It certainly fits in with the sentiment of Ditch New Year’s Resolutions Day. Well not quite. Just because New Year’s resolutions as commonly chosen and attempted doesn’t work, doesn’t mean that you should throw planning and all hope for meaningful life change all together. If we abandon all hope, we commit ourselves to a post-apocalyptic world of roving hordes of teeny boppers looking for their next vacuous idol to worship. If we can defeat Justin Beiber and force him into retirement to delay the end of civilisation then surely we can defeat the perils of bad habits!

So here are 5 tips for improving the “Resolutions” process:

Step 1: Pick just 1 resolution rather than 10

Humans are terrible at estimating time, particularly in regards to how long a project or task is going to take. So you want to quit smoking – that’s totally easy right? Surely you can just knock that off your list AND lose weight, AND pay off all your debt, AND get organised, AND travel the world and build a school in an impoverished nation right? Yeah good luck with that… All of the top 10 resolutions are rather significant life changes in their own right that require you to change a whole host of habits. Keep it simple, pick one big goal and focus on succeeding at that first.

A wish is just a pie in the sky fantasy in which unicorns shoot laser beams while jumping over rainbows of moon beams and sun drops – a wish is ill-defined with no timeline or measure of success. All of the top 10 most popular resolutions are wishes masquerading as goals – they aren’t clearly defined, and you can never actually “succeed” at any of them since there is no actual measure of success contained in them.

The resolution to “lose weight” is a glaring example of a vague wish masquerading as a resolution – it doesn’t actually commit you to doing anything. It also assumes that simply losing weight is a good thing. If you are obese and want to reduce the amount of body fat you are carrying, then an example of a more specific alternative resolution would be “Attain a healthy weight of 75kg and a body fat percentage of 18-24% within 12 months”. A resolution like that gives you something to aim for, a way to measure when you attain it, and a deadline within which you intend to do something about it. Disclaimer: For the love of baby Jeebuz frozen in carbonite, don’t be thinking that I’m saying a weight of 75kg and a body fat percentage of 18-24% is the ‘ideal’ weight for everyone, it’s just an example. Your ideal weight depends on a range of factors such as age/height/body type/sex/lifestyle.

Step 3: Define the immediate actions you need to do to contribute to your goal

Setting a single well defined goal as your resolution only tells you the destination, not how you are going to get there. You now need to break your goal down into smaller achievable steps that you can actually do something about right now. Say your resolution is a fitness related goal like “run 10km in less than 45min at the 2015 Bridge to Brisbane”. You can then break this down into 5 actionable and achievable steps that will help you get there:

Limit yourself to about 4-5 steps at a time, anything more than that you are going to get overwhelmed. The idea is that when you complete one step you give yourself a gold star and you can add an additional step that pushes you a little further along your path to greatness. Celebrate your little achievements – the Great Pyramids were build on the back of a lot of little steps (and slaves).

Tell people about your goal – things are a lot more ‘real’ when they aren’t confined to your wacky little brain. There is also nothing like peer pressure to help keep you motivated. This is not the same as posting a Facebook status update every time you go to the gym however, that’s just going to get everyone to hide your status updates from their newsfeeds.

New Year’s Day is just an arbitrary moment in time based on a bunch of myths and fanciful stories. Time is relative anyway, so your New Year’s day isn’t even at the same “time” as everyone else’s. There is nothing particularly more special about waiting till New Year’s day to do something – in fact, it’s more likely you are just using the date as an excuse to procrastinate a bit and put off actually doing anything till later (aka The Discombobulatory Time Machine of Pain). There’s no need to wait for a date of significance, just start now – remember too that Step 3 is all about taking little immediate steps – don’t give yourself any excuse not to start working towards your goal right now. If your goal is to address a particularly unhealthy affliction you suffering from like you are a smoker and/or can’t stop listening to Justin Beiber, then you definitely shouldn’t wait till New Year’s – you need to stop destroying your life today! Do it! 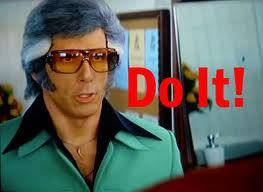