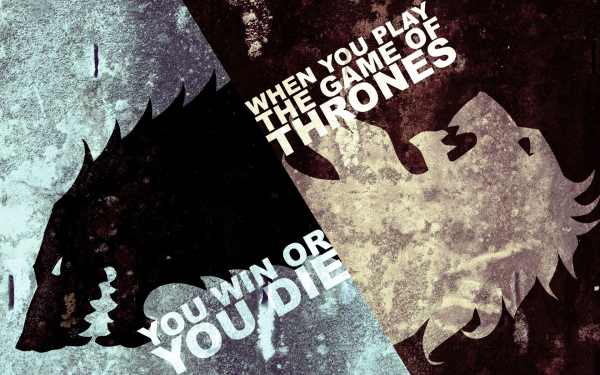 It’s April, so this month is going to be dedicated to Game of Thrones since half the planet is eagerly awaiting the release of season 4. For those of us in the southern hemisphere, this also means we can legitimately run around saying “winter is coming” and do a happy dance in anticipation.

If you are also in Australia however, it might be more accurate to mutter “a winter of discontent” is coming instead however since Foxtel owns the exclusive rights to Game of Thrones and is planning to use that power like King Joffrey – i.e. to prevent anyone from seeing it unless they pay them homage and grovel at their feet.

Foxtel Australia is of course owned by Rupert Murdoch and his global media empire.

Therefore, this month is also devoted to Propaganda, or more specifically, the abuse of power that comes from having too media concentration in the hands of King Joffrey *ahem* Rupert Murdoch.

When you play the game of thrones, you win or you die”

The original for the title picture for this post can be found here and is based on a quote from Cersei in the episode rather conveniently entitled “You Win or You Die”. The confrontation that evokes Cersei’s little gem of a quote is also moment where Eddard Stark commits political suicide. In our reality, politicians who commit political suicide, they say they are retiring from politics to “spend more time with family”. In the politics of Westeros, things are a little more transparent – and in the case of the Stark family, there is no way they are ever getting back together again.

In hindsight, we really shouldn’t have been surprised about Eddard Stark’s fate – he was played by Sean Bean after all. Sean Bean has such a habit of playing character’s who get killed that he even has his own (rather violent) Sean Bean Death Reel. I’m going to agree with Sean Bean though, Boromir was his best death scene – though you’d want to hope he’d have had enough practice at dying by that stage of his career to pull it off.

Cersei Lannister is played by Lena Headey. If Sean Bean has a habit of playing characters who get killed, Lena Headey has a habit of playing kick ass women in power. Before getting the nod for being Cersei, she was the leading drug lord and criminal kingping Ma-Ma in Dredd (2012), Queen Gorgo in 300 (2006) and again in 300: Rise of an Empire (2014). In TV land she also played Sarah Connor in Terminator: The Sarah Connor Chronicles (2008-2009).

Which leads us back to the evils of Fox and Rupert Murdoch – the Sarah Connor Chronicles is considered an entrant on the ever growing list of TV shows that Fox killed before their prime, thereby evoking the perpetual rage of numerous generations of scifi and fantasy fans for generations to come.

Run to save your brain from cognitive decline (and zombies)