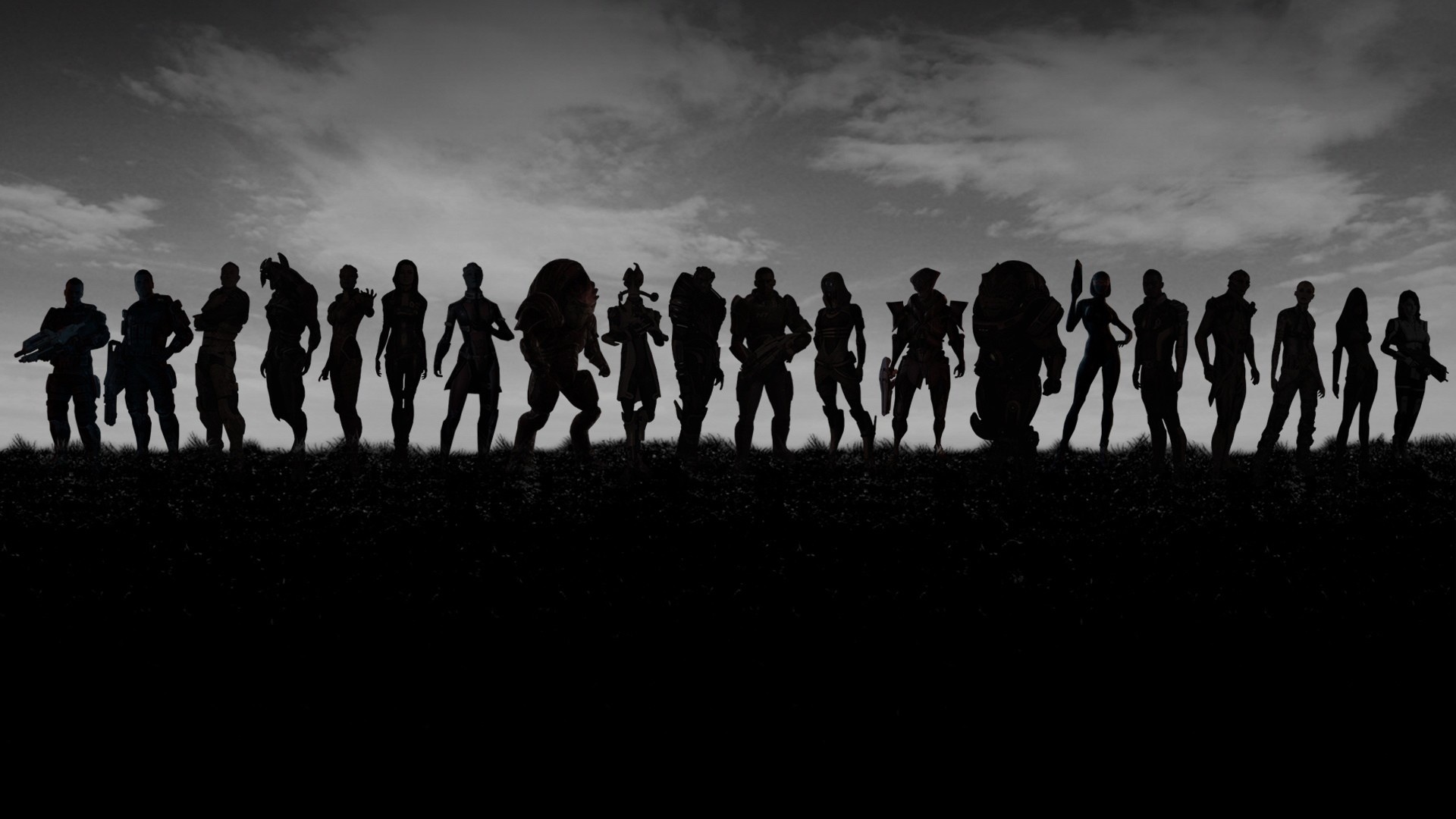 Given the social anxiety of Valentine’s Day is jut around the corner, this month will be dedicated to Relationships.

This not the clichéd romances that involved marriage proposals and chocolate however, I’m thinking of all kinds of relationships including the dirty, sassy, flirtatious, disastrous and far more interesting ones too. The relationships with or without (successful) sexy results, the dramatic rivalries, the destructive idol worshiping, the obsessive fan boy love, the love triangles (or love geometry), the bromances, the BFF’s and all the relationships that fall somewhere in between.

So if we are talking relationships, there is no better part in geekdom than Mass Effect to also focus on this month.

Garrus: Do you ever miss those talks we had on the elevators?

Garrus: Come on. Remember how we’d always ask you about life on the Flotilla? It was an opportunity to share.

Tali: This conversation is over.

Garrus: Tell me again about your immune system.

Tali: I have a shotgun.

The Mass Effect trilogy was full of relationships. Sure, there was also lots of shooting bad guys, a bit of political intrigue and some more shooting bad guys, but what really took this gaming franchise into the awesome uber-sphere for all time was the way in which it allowed you to customise how your version of Commander Shepard looked and interacted with everyone else – or didn’t interact. Instead of being a passive observer to someone else’s story, you were able to choose if your Commander Shepard was male, female, attractive, fugly or just plain odd looking. You also got to make dialogue options based on a morality scale ranging from bastard to hero, all of which impacted on how people and the wider galactic community saw your character. Then there was the much discussed ‘romance‘ choices.

Your romance choices meant your Commander Shepard had a range of characters he/she could form romantic connections with – sick of how the hero always gets the token attractive girl? Well that’s ok, you can make your Commander Shepard a manwhore who cheats and is a bit of a wanker. Or you can leave Ashley Williams on Virmire because she is a xenophobic nut job and save yourself for a same-sex relationship with Kaidan-the-Canadian over beef and beer in Mass Effect 3. Or maybe you want to play as a female Shepard and aim for an inter-species romance with Garrus and his hard exoskeleton exterior knowing he’s just a big softy on the inside? Or if you’re really lucky, you can avoid having relationships with anyone but if you play your cards right, can have a one night fling with a 50,000 year old alien… And this doesn’t include the bromances and BFF’s you will have on the side – some of whom’s ultimate fate will be truly gut wrenching. In essence though, Mass Effect is a relationship+ kinda game.

The title picture for this post an image is called Mass Effect Army – Band of Brothers and was originally made by adiera1, the original (and a series of variants) can be found here. This image is a pretty good visualisation of just how big your character ‘family’ is when you include everyone from across all three games in the series. You don’t meet all these characters at once, and at least some of them don’t make it to the end – depending on how you play the game, a LOT of them don’t make it to the end…

This wallpaper is inspired by the title card for the HBO series Band of Brothers (2001), which was a dramatised but very historically accurate account of the WW2 exploits of the members of “Easy Company”, part of the 506th Parachute Infantry Regiment, 101st Airborne Division. Although the focus is a little different, there is a bit of a thematic overlap between Band of Brothers and Mass Effect (Mass Effect 3 in particular) since they both deal with the comradely bonds that are formed by people in wartime, as well as touching on issues like morality in war, dealing with death and loss, genocide, and the ability of people to sacrifice everything for an ideal or just the guy standing next to them.

Regardless, Band of Brothers is one of those high quality dramas that HBO keeps producing and is worth a watch. 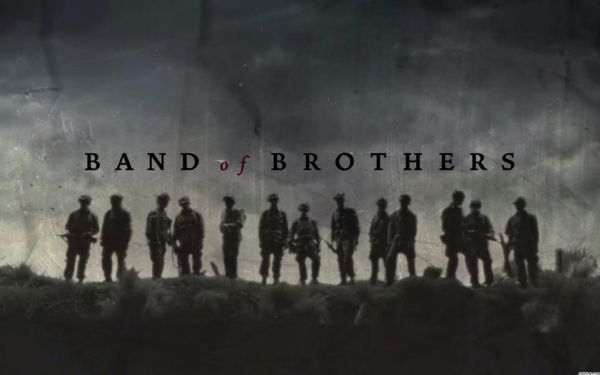