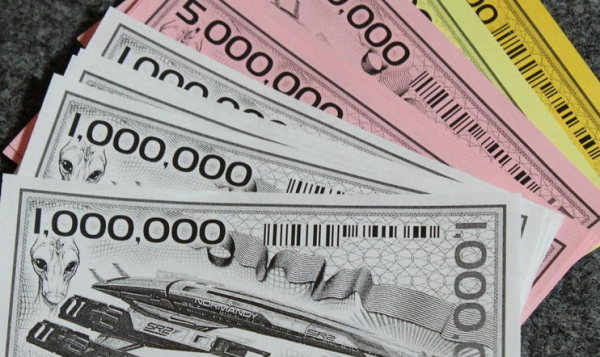 This is part three of Looking for Resolutions in all the Right Places, in which we look at the top 10 most commonly chosen New Year’s resolutions and see if they are all that and a bag of potato chips.

Good financial management is a bit like weight loss: we keep putting it on our to-do lists because we suck at it, there is a whole industry based around telling us how to do it better, we never take anyone’s advice and pretend that ‘winning the lotto’ is a realistic financial plan.

However there is one massive difference between the weight loss industry as compared to the financial services industry – evidence-based research.

If you want to lose weight, you can try the lemon-cabbage-quantum-crystal-anti-oxidant-max-power-2000 fad diet, or you can go to a reputable health practitioner who will show you how to do it based on the latest in medical research.

If you want to manage your finances, you try the lemon-cabbage-quantum-crystal-anti-oxidant-max-power-2000 wealth seminar, or you can go to… well no one else really, even financial planners with fancy respectable offices often get found out for being dodgy. As for economics, well it’s not real science – to be a science you need pesky things like evidence and the ability to devise a theory that can be used to predict something, and then… have it like… happen… For real…

An economist is an expert who will know tomorrow why the things he predicted yesterday didn’t happen today — Laurence J. Peter

Actually that’s a bit unfair – financial planners and economists are very good at growing their own wealth.

So if you want to spend less and save more, I’m going to suggest you NOT take the advice of a financial planner or an economist and instead approach the issue like you would weight loss. There are plenty of tricks that work just as well on you financial behaviours as they do on your health and fitness – and here are four of the best.

Tip 1: Focus on your priorities – make ‘spend less and save more’ your ONLY resolution

In New Year’s Resolutions: 3 ways to “lose weight” it was suggested that in order to be successful you need to make losing weight your only New Year’s resolution, with each of your resolutions contributing towards that uber-goal.

Well the same applies to financial goals – your brain still has the same limited capacity when it comes to committing to the financial goals just like all other goals so you need to pick your battles if you want to be successful.

One of the really cool things about setting financial goals though is that you can also use them to tackle other issues at the same time.

Goal 1: Cut smoking to one pack per fortnight.

Goal 2: Reduce eating out expenses by making a packed lunch 2 days a week at work.

Goal 3: Save on transport costs by riding to work one day per week.

Get creative, think up as many ways as you can to reduce your expenses but also engage in ways that are also good for your health.

By listing out your bad spending habits, setting targets and how you are going to get there, you have effectively created what is known as a ‘budget’.

The word ‘budget’ like the word ‘diet’ is often misunderstood with many people thinking it is far more complicated and difficult than it actually is. This misunderstanding is often promoted by people trying to sell you expensive and sophisticated budget planners you don’t need.

The only thing you really have to do to turn your shortlist of goals into a budget is to attach a monetary amount to each of them. So, using the previous example:

Previous spend per fortnight: $32 (one pack per week)

Planned spend per fortnight: $16 (one pack per week)

Goal 3: Save on transport costs by riding to work one day per week – put money saved on credit card debt.

If you kept to these three goals, you should be saving $58.24 per fortnight, so this is the part where you go and setup that direct debit of $58.24 to come out of your pay per fortnight, first thing before you get your grubby hands on it.

And that is essentially a budget – now you just have to stick to it!

Don’t be too worried about being completely nit-picky-accurate about the numbers (e.g. those packed lunches you will make aren’t exactly free either so the actual amount you save will be less). This is also another thing about budgets – they are all just a ‘best guess’ at what things will cost. Even the most arrogant armies of accountants and business analysts putting together national budgets are really just making a guess as to what things will cost based on a lot of assumptions.

The important thing here is to change your habits, not get caught up obsessing over the numbers.

Tip 3: Being accountable does not mean you have to become an accountant

Still using those three goals as an example, tally up the money you actually spend on smokes, lunches and transport each fortnight and see if they match up what you planned to spend. If you go over, you know you need to work a bit harder. If you go under, keep it up!

You MUST tally up your expenditure regularly – in fact make that Goal 4: “I will tally up my goal expenses every fortnight”. Failure to be up to date means you’ll just slack off and activate The Discombobulatory Time Machine of Pain.

When these new activities become habits, you can change the goal posts, e.g. try actually quitting smoking instead (since smoking will kill you), ride to work an extra day per week etc. Alternatively add some new expenditure goals – just remember to continue keep track of your old ones too.

Once you get to the point where you are keeping track of LOTS of different expenditures, then this is the point where you can be suckered into getting some sort of budget planner. Though look around as there are also plenty of free ones out there too.

The advantage to these kinds of programs is that they can automate your tracking and calculations for you. This in turn allows you to be a bit more sophisticated in what kind of transactions you are keeping track of which will make your whole finances a lot easier to keep an eye on and you can start being a bit more financially ambitious.

Tip 4: Dr Doom doesn’t pleasure himself, and nor should you

Random acts of success can befall all of us. Maybe you were on some mission to save the galaxy and those nasty ass Cerberus agents just keep leaving money around. Or maybe you’ve come across a cache of dilithium crystals and have a buyer who is willing to pay top dollar. Or maybe you’ve just had a particularly good tax return.

Regardless of your ill-gotten gains, if it is a one-off payment or bonus, whatever you do, don’t go ‘treat yourself’ with it. If you are in debt, you DON’T deserve it since you’ve been pleasuring yourself left right and center for a good while already. 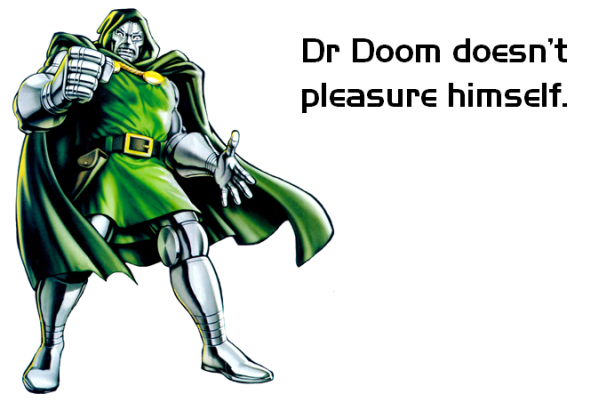 The only place one-off bonuses should go are:

3. Put in an investment*

*Note: An ‘investment’ is something that increases in value over time like a high interest bank account, shares, or long term assets. Spending money on trinkets and other consumer goods does not count as an ‘investment’. Buying lotto or gambling in general doesn’t count as an investment either.

Approach this one the same way as you would losing weight – only instead of losing fat, you are losing debt. Just like the morbidly obese, if you are suffering from debt obesity then you are probably going to need to ditch all your other New Year’s resolutions in favour of getting your finances in order – though as we’ve seen you can at least try to weave a few other healthy goals into reducing your expenses as well.

Should “spend less, save more” be on your next set of New Year’s resolutions? NO! If you want financial success, try something that works!