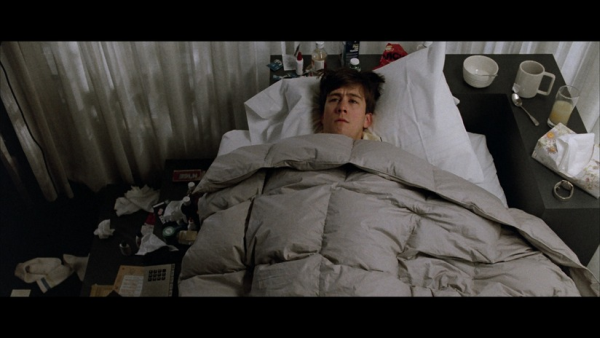 How to describe the impending sense of doom that comes about from a tickly throat.

Pre-Cold is a description of the early symptoms of having the common cold in conjunction with a general feeling of impending doom and/or feeling that something is not quite right with your health.

It is socially acceptable to declare the “Pre-Cold Protocol” in the workplace when you suffer from at least three of the main criteria of a Pre-Cold:

Since the first three are common symptoms of a cold that are NOT common early symptoms of the flu, this is also a good way to work out how much social sympathy you actually deserve.

Not sure if you have a cold or a flu? Check this out for more details on the difference between the common cold and the flu.

Initiating the Pre-Cold Protocol involves informing your co-workers to avoid contact with you for the day as you may be contagious with the common cold, thereby contributing to a healthy workplace by attempting to quarantine yourself.

If you do indeed get the cold, the Pre-Cold Protocol also assists in preparing your workplace for your subsequent absence.

If your Pre-Cold does not in fact result in a full blown case of the common cold, then you are expected to attend work as per normal and just take the high moral ground of taking precautions.

The power of the Pre-Cold Protocol should NOT be used lightly.

Initiating the Pre-Cold Protocol involves socially isolating yourself in the workplace for a day, which can result in short-term negative social consequences. The self-imposed quarantine is beneficial socially if it means you avoid infecting your co-workers with the cold.

You should also not abuse the Pre-Cold Protocol and use it as a cover for chucking a sickie the following day.

While chucking the occasional sickie has found grudging acceptance in the workplace, using the Pre-Cold Protocol in combination with sickies magnifies the social consequences of being found out. If being caught out throwing a sickie is the criminal equivalent of manslaughter, being caught out in a sickie launched under the cover of the Pre-Cold Protocol is the equivalent of premeditated murder.

“Better stay away from me today, I’m feeling a bit Pre-Cold”

“I would make out with you but unfortunately I’ve got Pre-Cold so it’s best if you never talk to me again and stop coming on to me”.

“He claimed he had pre-cold yesterday, but his Facebook profile just indicated he wanted to go to the pub and today he’s called in sick but he’s probably just hung over. What a tosser.”