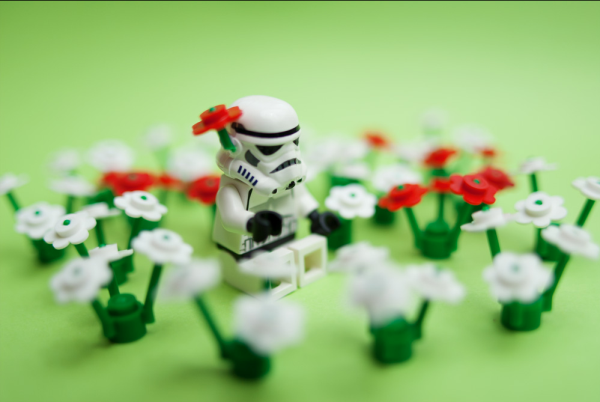 Get Over it Day was (apparently) created by Jeff Goldblatt in 2005, an Atlanta entrepreneur who was having trouble getting over an ex-girlfriend. Or at least, if you Google “Get Over it Day”, you will see a list of websites that all have roughly say the paragraph that explains the origin of the holiday.

“I’ve always taken ‘The Wizard of Oz’ very seriously, you know. I believe in the idea of the rainbow. And I’ve spent my entire life trying to get over it.”

Doing a little more digging came up with two versions of Jeff Goldblatt.

Apparently in 2005 he was still working for the Fox News Channel, which is possibly why he was dumped by his girlfriend – she didn’t want to be associated with someone who worked for the propaganda machine for Rupert Murdoch, who is a Sith Lord after all. Jeff later escaped the dark side and now works for KENS, a media outlet beyond the reach of the News Corp Galactic Empire. However, if he created Get Over it Day in 2005 while he was working for a Sith Lord, then it could all just be a plot for world domination. And if you don’t think Fox News is run by a Sith Lord, how do you explain their irrational dislike for Lego?

Second, there’s Jeff Goldblatt, the founder and creative director at HumourHotlines.com and RejectionHotline.com.

This is probably the real originator of Get Over it Day since he is also listed as being in Atlanta – plus anyone who creates a website called Rejection Hotline has probably had some relationship issues in the past to draw inspiration from. The business was recently wound up and had its assets sold off, which perhaps explains why www.getoveritday.com no longer works.

Get Over Get Over it Day

Get Over It Day gives me dodgy vibes. If it is the creation of a former Fox News employee, then it’s probably laced with booby traps designed to brainwash everyone into converting to the Dark Side.

If it’s the creation of a guy who setup a website called RejectionHotline then it was probably just a subtle attempt to rouse up a bit of extra business. After all, if you’re going to create a holiday based around getting over an ex, then what better website than the RejectionHotline right?

I don’t know Jeff Goldblatt, he might be a nice guy. Or maybe he was dumped for a good reason – maybe he was Atlanta’s version of Ashley Williams the Xenophobic Nut Job. Or maybe he tried to build a relationship by chaining some poor woman to his repulsor sled. Or maybe Jeff was trying to get over being a relationship with a woman who was obsessed with evil bunnies who sadly died of Tularemia.

How to celebrate Get Over Get Over It Day

No wishing you had more money. No complaining to anyone you don’t have enough money. No scamming people out of money.

YOU MUST PLAY LEGO. (Or just do the complete opposite of whatever Fox News tells you to do).

So do yourself a favour, turn 10 March into Get Over Get Over it Day every year. Get some time to yourself to be happy with what you have, stop complaining to everyone around you about your problems, and play Lego.